You will find Tierra Lorenzo Lipa located at Brgy. Mataas Na Lupa, in the city of Lipa, Batangas. It occupies a strategic location on the outskirts of the city of Lipa, Batangas. It is quite near to the JP Laurel Highway. Even the Star Tollway Exit is just a few minutes away from the Tierra Lorenzo Lipa. Some of the nearby establishments include the Robinsons Place in Lipa as well as the De La Salle in Lipa. The Ayala Highway is also a few kilometers away from here. It is a lovely neighborhood which is surrounded by some of the major thoroughfares that are the main bloodline of this city. It is close to the Altamirano Street which further branches out into a much larger highway and the Morada Avenue. You can also reach the M.K Lina Street which is located towards the south through the Morada Avenue.

It is also nearby to the next residential community as well as to some of the biggest commercial and business establishments. This locality is also the home to some of the major institutions and some of the historic landmarks of this city.

Most of the popular Manila-based schools, colleges and universities are located in this vicinity. Some of them are the De La Salle University in Lipa, the Lipa City colleges, the Mabini Academy, ICT-ED Institute of Science and Technology, AMA Computer Colleges, New Era University, Canossa Academy Lipa, STI College, University of Batangas, Philippine State College of Aeronautics.

Apart from these, this area is also known for its popular leisure centers and shopping areas where you can enjoy a fun time as well as shop till you drop. Some of them are the Robinsons Place in Lipa, SM City Lipa, City Mall Lipa and others as well. The top leisure center in this area is the Luntian Resort and restaurant and others as well. It is also quite close to the hospitals like the Mary Mediatrix Hospital. 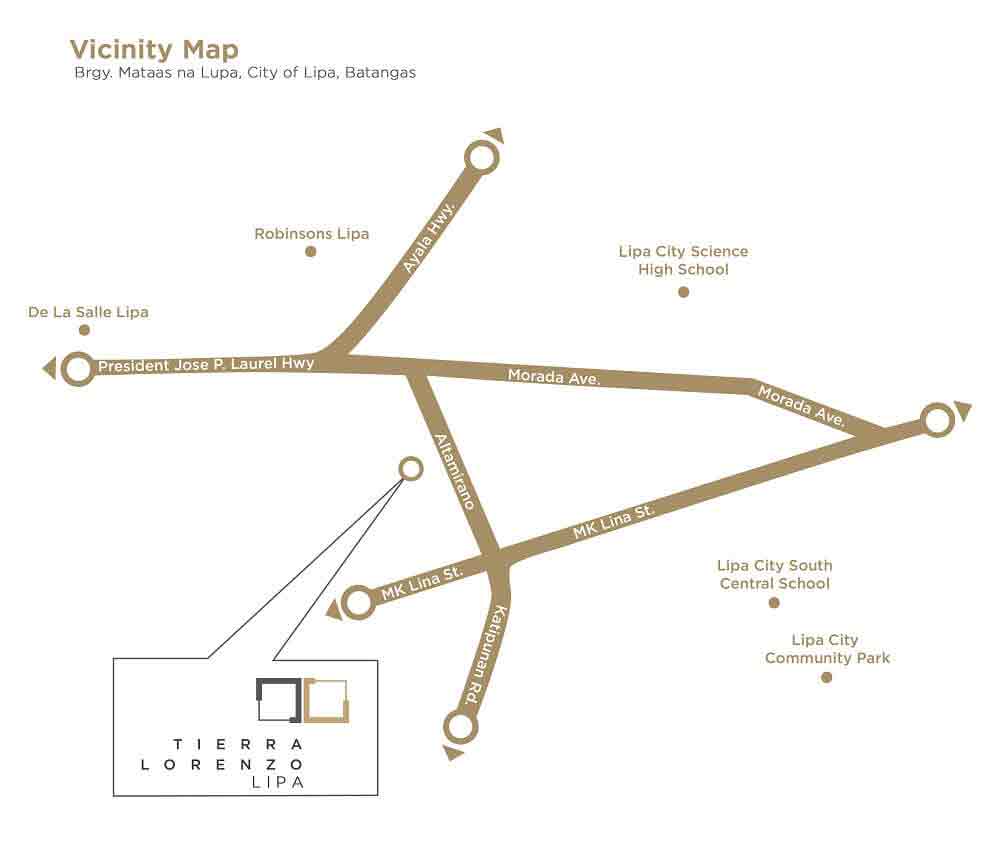